When Will My Baby Get His /Her First Tooth 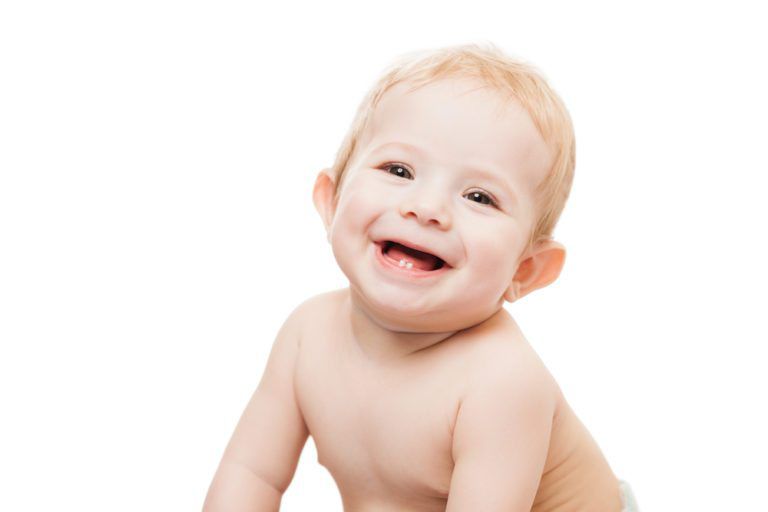 Children are born with a set of primary teeth that last throughout early childhood. These primary teeth typically begin to emerge during the first year of life between the ages of 4 and 12 months. This begins a process that usually ends with a complete set of primary teeth by age 3. Though it is impossible to know exactly when your baby will get his or her first tooth, there are some signs that the tooth could be preparing to make an appearance. Be on the look-out for a swollen gum, redness and irritability associated with teething pain. Some babies may also drool or chew on their hands or other objects. If your child does not have any teeth by age 1, schedule an appointment with a pediatric dentist.

a baby’s teeth are present long before they break through the gums? In fact, the hard tissues of the primary teeth begin forming in the womb at approximately 18 weeks gestation. From that point forward, it takes about 10 months for complete calcification, at which time the first teeth may begin to emerge.

Which tooth is likely to appear first?

The first tooth is usually – not always – one of the two front teeth on the lower jaw. These two teeth are often the first to appear, as well as the first to be lost when the permanent teeth later emerge. In most cases, teeth will erupt in pairs and fall out in pairs.

How can I comfort my child when he or she is teething?

It is normal for a baby to be irritable when teething. Counter-pressure often soothes the gums, so try giving your child a hard teething toy – specifically one that has been frozen. The coldness will help numb the gums, and the pressure will alleviate discomfort.

Should I bring my child to a pediatric dentist when he or she gets the first tooth?

Yes. Children should see a dentist for the first time no later than six months after the first tooth has erupted or age one – whichever occurs first. Though most children do not require dental treatment during the infant and toddler years, early dental appointments are essential for reducing a child’s risk of tooth decay.